Billboard advertising in Kelarabad has many advantages. Kelarabad is located in Tonekabon city in the west of Mazandaran province. In terms of neighborhood, it is adjacent to Chalous city in the east and Swan Hotel in the west. The language of the inhabitants of this city is Mazani with the dialect of Tabari Clarestani. Kelarabad has a temperate Caspian climate. Due to the fact that this region is located between the Caspian Sea from the north and the Alborz Mountains from the south, it has always been a tourist destination for travelers and tourists. Every year, many tourists travel to this city and enjoy the atmosphere of this environment. The large number of people in the city has created a good capacity for billboards to be seen. The distance from Kelarabad to Sari is 190 km and to Rasht and Tehran is 178 and 212 km, respectively. There are great opportunities for billboard advertising between these three cities and Kelarabad. [Bg_collapse view = “link” color = “# 4a4949” icon = “arrow” expand_text = “Read more” collapse_text = “Close”]

By designing and delivering the message in the best possible way, you can have a successful marketing campaign.

In recent years, due to the proximity of Kelarabad to Namak Abroud and other tourist cities of Mazandaran province, several towns have been built there. One of the most famous towns is Amir Dasht town. Amir Dasht is one of the most famous and beautiful towns in Mazandaran province. This town has a modern design and recreational and welfare facilities and is considered one of the most expensive towns. Beach facilities and private beach have increased the price of villas in Amir Dasht town compared to other areas of Kelarabad.

With all the features mentioned for Kelarabad, there is a very good space for displaying billboard advertisements. Advertising companies have been able to help brand owners and large businesses by doing environmental advertising in this city. [/ Bg_collapse]

The beautiful and touristic city of Kelarabad, which is located in the west of Mazandaran province and is one of the best opportunities for billboard advertising, can be accessed from the following routes:

Billboard advertising is one of the best marketing strategies. You can create a great impact on the growth of your business by displaying advertising billboards. Tariffs for these ads vary depending on the geographical location of each region as well as the location of the time of year. Contact Arad Holding for detailed information on tariffs. 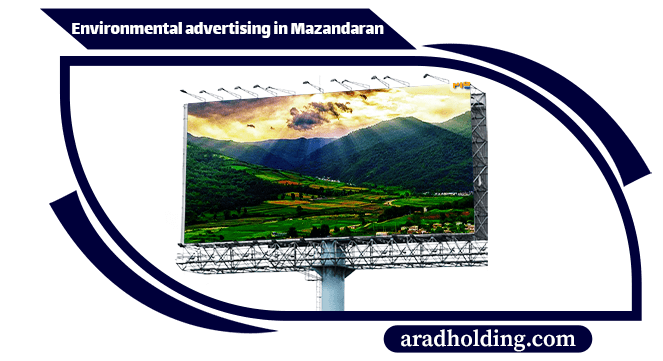